What is Mad Cow Ramble? 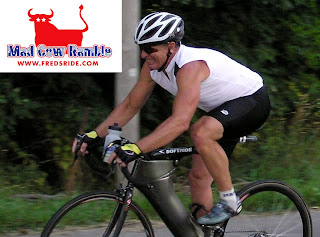 The # 1 question, What exactly is the Mad Cow Ramble? haha I met Keith H. during Fred's Ride in Huber Heights, Ohio in 1989. Keith was a beast on the bike. We rode together for 16+ years. :) Fred's Ride was a blast. Keith wanted to add more miles on Wednesday nights. He later listed the ride separate from Fred's Ride. He was always trying to convince me to name my next band Mad Cow. LOL You had to know Keith & his humour. Since I didn't name the band MC, Keith named the ride Mad Cow Ramble. The Ramble meant the route varied every week. 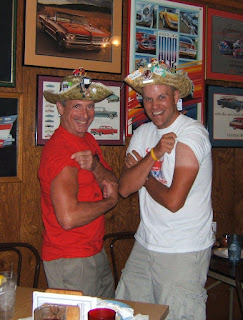 GPS and Map My Ride weren't around back then. Keith guesstimated the mileage using his fingers. OH MY! Some of those rides were 50 miles before DST began. hahaha Keith and I led the ride with many great cyclists attending. Sadly, his horrific Black Monday crash of 2004 was the beginning of ever changing times ahead for many. We all have our own paths. I've kept it going all these years. We've gone from a weekly bike ride to a full team racing road, MTB, Fat Bikes, Cross, Gravel, Tri's & more. Having fun is what it's all about regardless if you're an elite racer or weekend warrior. We all miss Keith. You're still da cow! 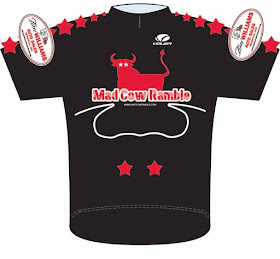